Last weekend we hit the 3 month mark of officially becoming new homeowners, but with all of the renovations we’ve been doing, we only just really started “moving in” last week.  I say “moved in” rather loosely since that only really means we have our bed and computers set up (#movingproblems?).  My closet is still a work in progress, so only a few special pieces have made their way over, while everything else is either still in boxes or at my parents’.  That’s okay though, because I won’t knock any excuse to wear sequins. 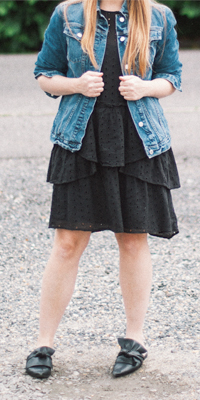